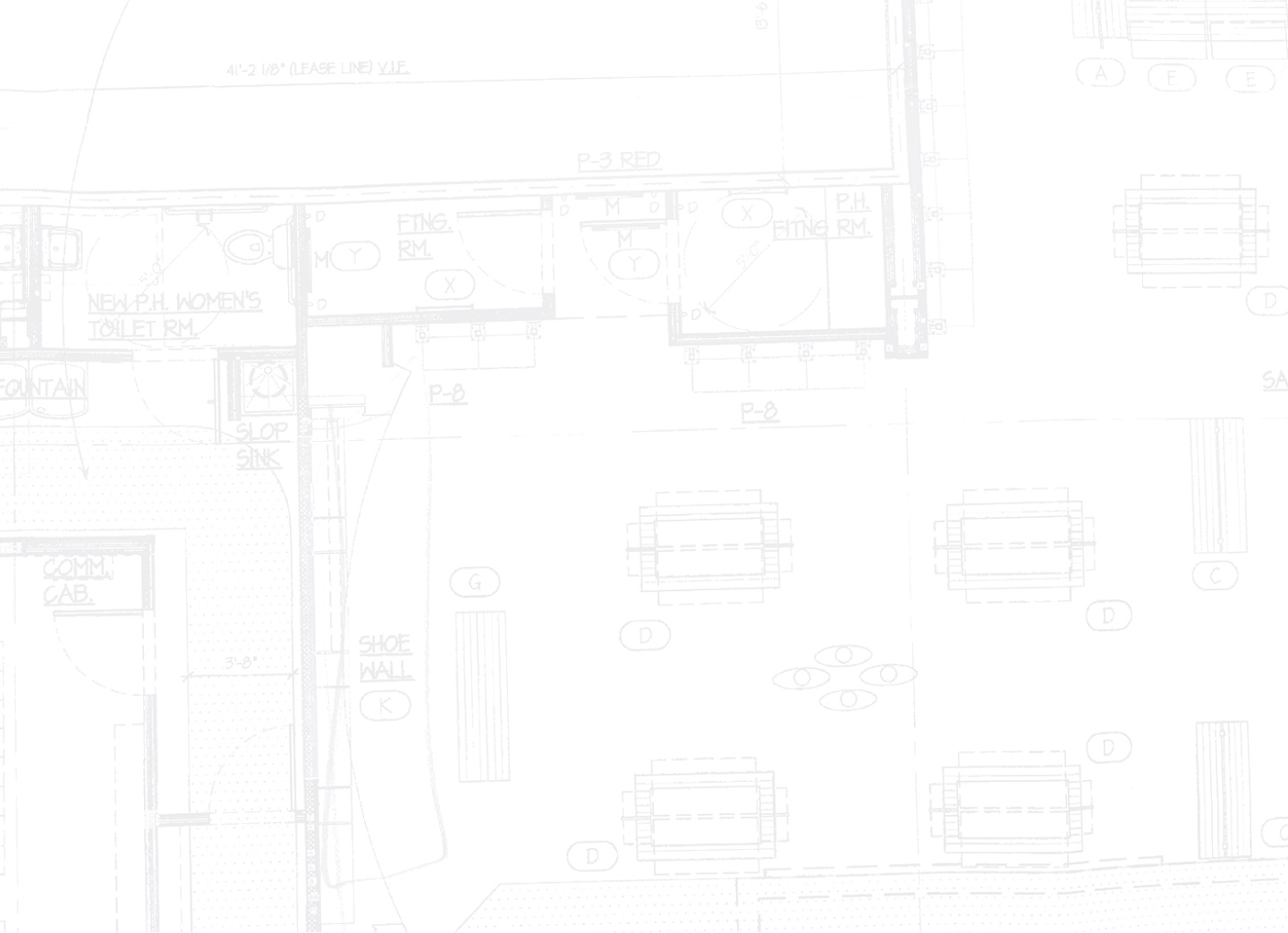 We are creative directors,

with a passion for 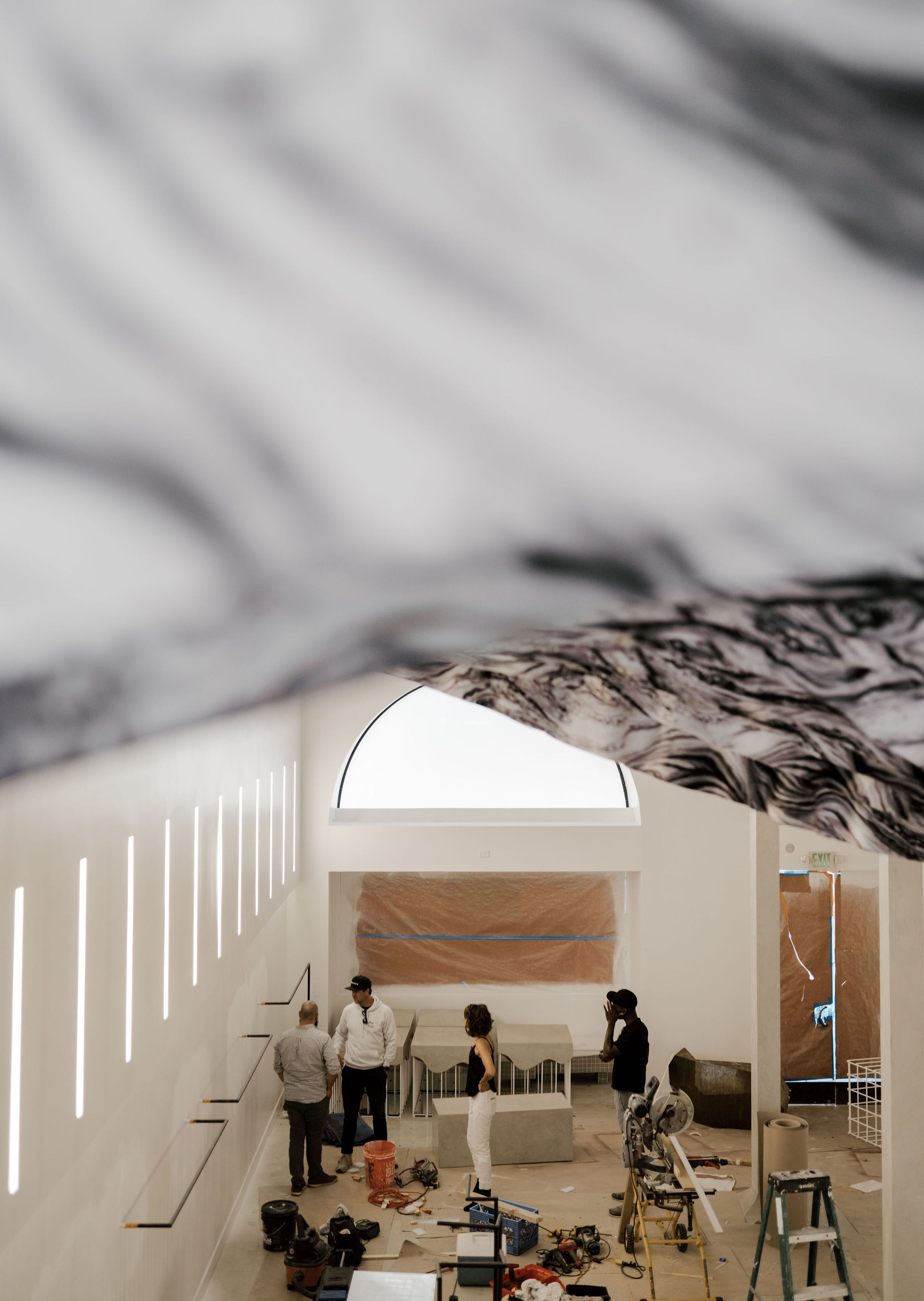 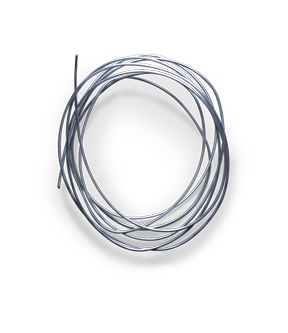 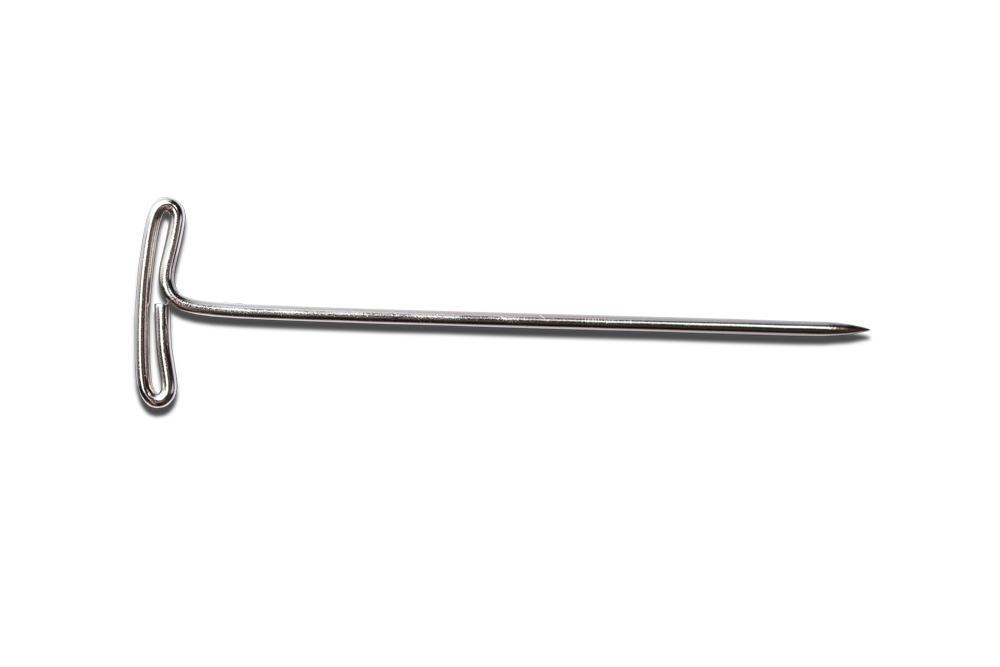 Our approach will change how you see environmental space as you know it. Dramatic lighting, cinematic staging and artful storytelling take your product on a journey, showing your companies dedication, quality and world ethos. WAYL.A. makes your brand unforgettable. We are artists of the double-take, blending the line between art and commerce, designing the physical space with purpose. 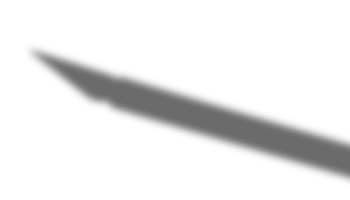 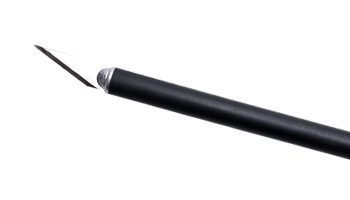 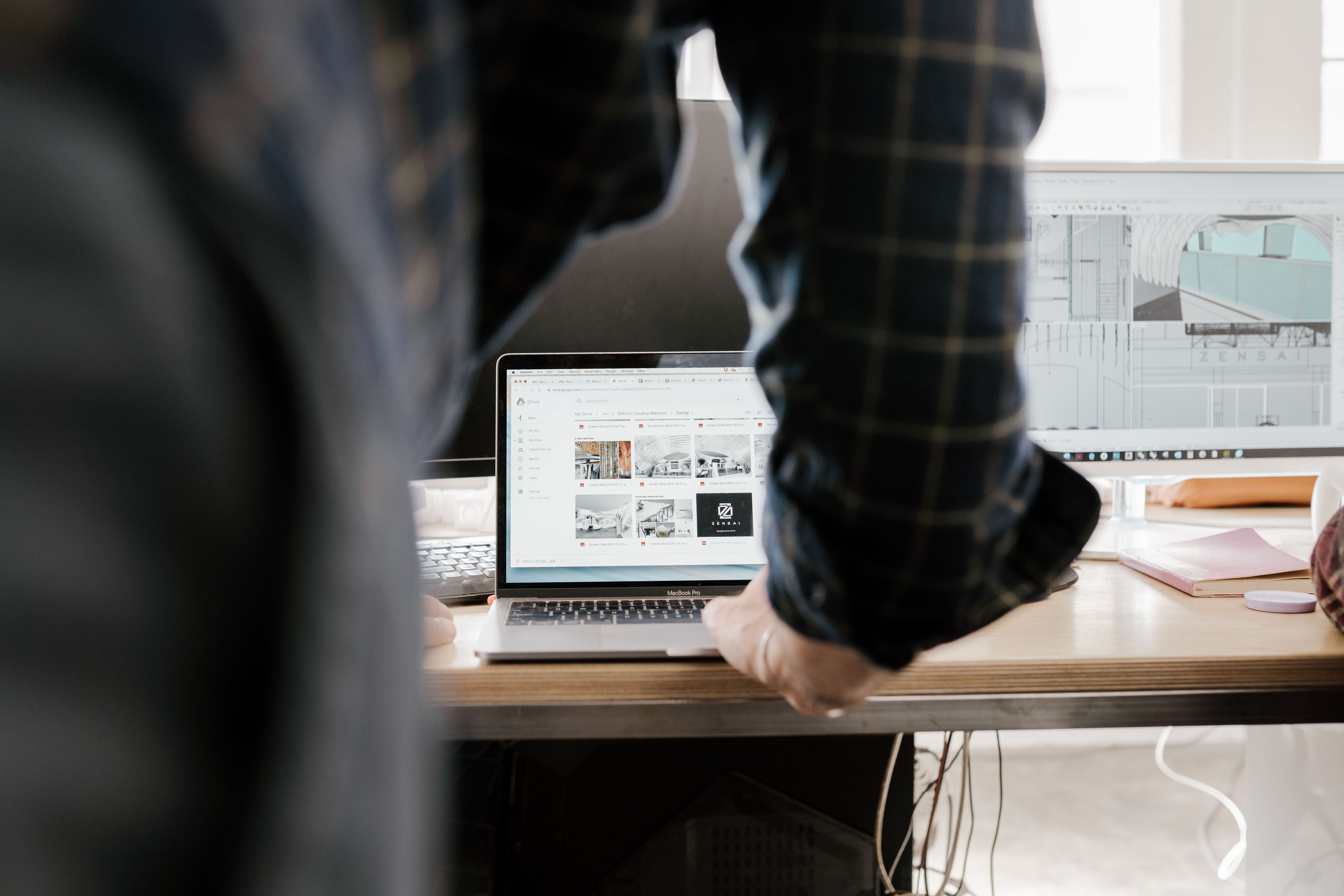 Kenny has spent his career working with some of the most talented people in the fashion and retail industries. Prior to graduating from ASU in 2004, Kenny spent his time working for Ralph Lauren as a footwear and men's clothing specialist. With dreams of becoming a buyer in New York City, he packed his bags and left for the Big Apple to join Ralph Lauren's Executive Training Program: a one-year, in-depth, corporate retail training environment known for producing the industry’s best and brightest. Being a buyer, however, was not in the cards. As luck would have it, Ralph Lauren was launching a new line called Rugby - an embodiment of all things familiar and exciting to Kenny. Over the following six years, Kenny helped launch, build, and create this brand which, though short-lived, will have lasting effects in the fashion world. It is here where the creative bug was born and an introduction to the fashion icon, Ralph Lauren, was made. Beginning as a Creative Coordinator to eventually becoming Director of Creative Services for Ralph Lauren, Kenny moved to Los Angeles with the company in 2010 for a new challenge and to be closer to home. During the following years is when WAYL.A. Creative took shape. Today, Kenny's focus is on partnering with and helping companies pivot and shift within the ever-changing retail landscape. From inspiring start-ups to established big name corporations, everyone wants to know: what are you looking at?

Dre, is a multidisciplinary creative and designer with backgrounds in contemporary art, architecture, and photography. A graduate of Woodbury University (BA - Architecture) in Los Angeles, and a California native, he has spent the last 10 years designing and fabricating for some of the biggest apparel industry names in the business. The North Face, Under Armour, Robert Graham, and Everything But Water to name a few. In that time, he’s created and executed a variety of brand activations, experiential marketing events, pop-ups, and retail interiors. In addition to retail, Dre has been part of award-winning mixed-use commercial building design, and patented design/engineered consumer products.
It was the large task demands while being part of small design teams that ultimately inspired Dre to co-found FBH5 (Full Body High Five), a Los Angeles based creative studio, and work with us at WAYL.A. Creative.

Jesse, is a passionate creative always pushing the limits of design. A Los Angeles, CA native, and graduate of Woodbury University (BA - Architecture), he has used his training as a platform to navigate across multiple disciplines within the creative agency world and beyond. He’s designed spatial activations, experiential marketing strategies, and retail interiors for GUILD, Adidas, Apple, Dior, and The North Face to name a few. Throughout his career he has taken on many roles, ranging from lead designer to construction foreman, and installation artist to CNC operator. All of which have given him the experience to design effectively and efficiently in every project. He’s a master with 3D modelling software, and gives the greatest bearhugs known to man.
In addition, Jesse is co-founder and designer of/for FBH5 (Full Body High Five), a Los Angeles based creative studio.

Susan is an expert visual merchandiser and professional dancer by way of NYC and LA. A graduate of Emerson College with a BFA in Dance, Susan has applied her artistic training and keen eye for detail within the fashion industry for 15 years.
Originally from a small town in Maine, Susan has always found an interest and love for all things creative. Upon graduating from college, Susan danced professionally until being recruited by Ralph Lauren to help oversee Product Presentation and Training for NYC Flagship stores. She eventually went on to open RL stores both domestically and internationally, until recently where she has spent her time at Bebe Stores Inc. writing visual directives for over 200 global retail shops.

Born and raised in Manhattan Beach, California, Omar has spent the greater part of the last 20 years collaborating with some of the fashion industry's most influential and respected talents. His love for the California coastline and Los Angeles sunshine compelled him to stay in L.A. after high school to attend Loyola Marymount University. Upon graduating, Omar began working at Fred Segal where he discovered a love for the business. Since then, he has gone on to manage territories for Ralph Lauren, as well as launch fashion lines and consult on many levels. Today, Omar blends his understanding of elevated display - whether through window design, florals, visual merchandising, or styling.

Jonte is a gifted Visual Merchandiser, Stylist, and Designer with over 10 years of luxury retail experience. A University of Virginia guy with D.C. roots, Jonte got his start at Ralph Lauren, working within the creative department to help design windows and interiors, and open stores throughout the U.S. He is a production savant and critical thinker - always finding ways to manage projects efficiently and effectively for everyone involved. He has managed projects of all shapes and sizes for companies such as The North Face, Ralph Lauren, and Under Armour. Jonte is a true jack-of-all-trades within the world of retail creative.

Laura is a gifted Stylist, Set Dresser, and Visual Merchandiser with 10+ years of fashion industry experience. Her impressive portfolio ranges from editorial work with Vogue and WSJ Magazine, to styling for global brands like Anthropolgie, Under Armour, and The North Face. Laura’s broad understanding of fashion and consulting has allowed her to be a valuable resource within many styles of the changing retail landscape.

Florence is a California transplant by way of Canada who has spent the last six years in the fashion and design industry. After earning her B.A. with Honors in Graphic Design from York University, she continued studying Visual Communications at the Fashion Institute of Design and Merchandising. Shortly after graduating, Florence began work at Levi's XX launching showrooms, trade shows, and retail stores globally while focusing on graphic design and visual merchandising. Since then, she has worked on various branding, environmental, and concept designs for companies including Filson, Spiewak, Original Jams, and AG Jeans. Most recently, Florence co-founded Lot, Stock and Barrel - a creative entity with a retail store located in Los Angeles’ arts district.

Rae is the brains behind WayLA's operations. An experienced business professional by way of Phoenix, Arizona, she has a respected history of working closely with C-Suite executives, small businesses and professional athletes. She specializes in all business management operations including keeping our clients happy, vendors paid, and WayLA's lights on. 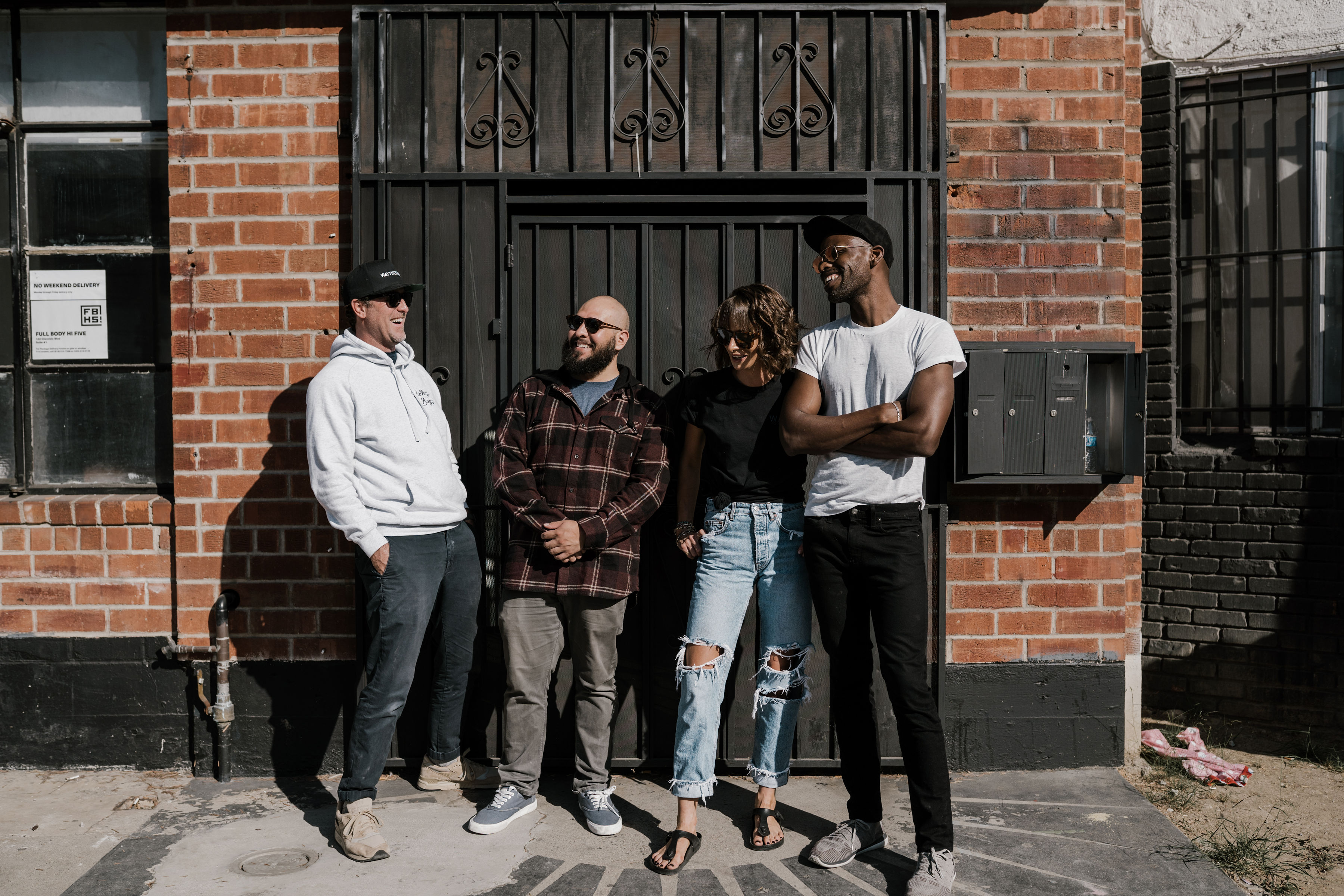